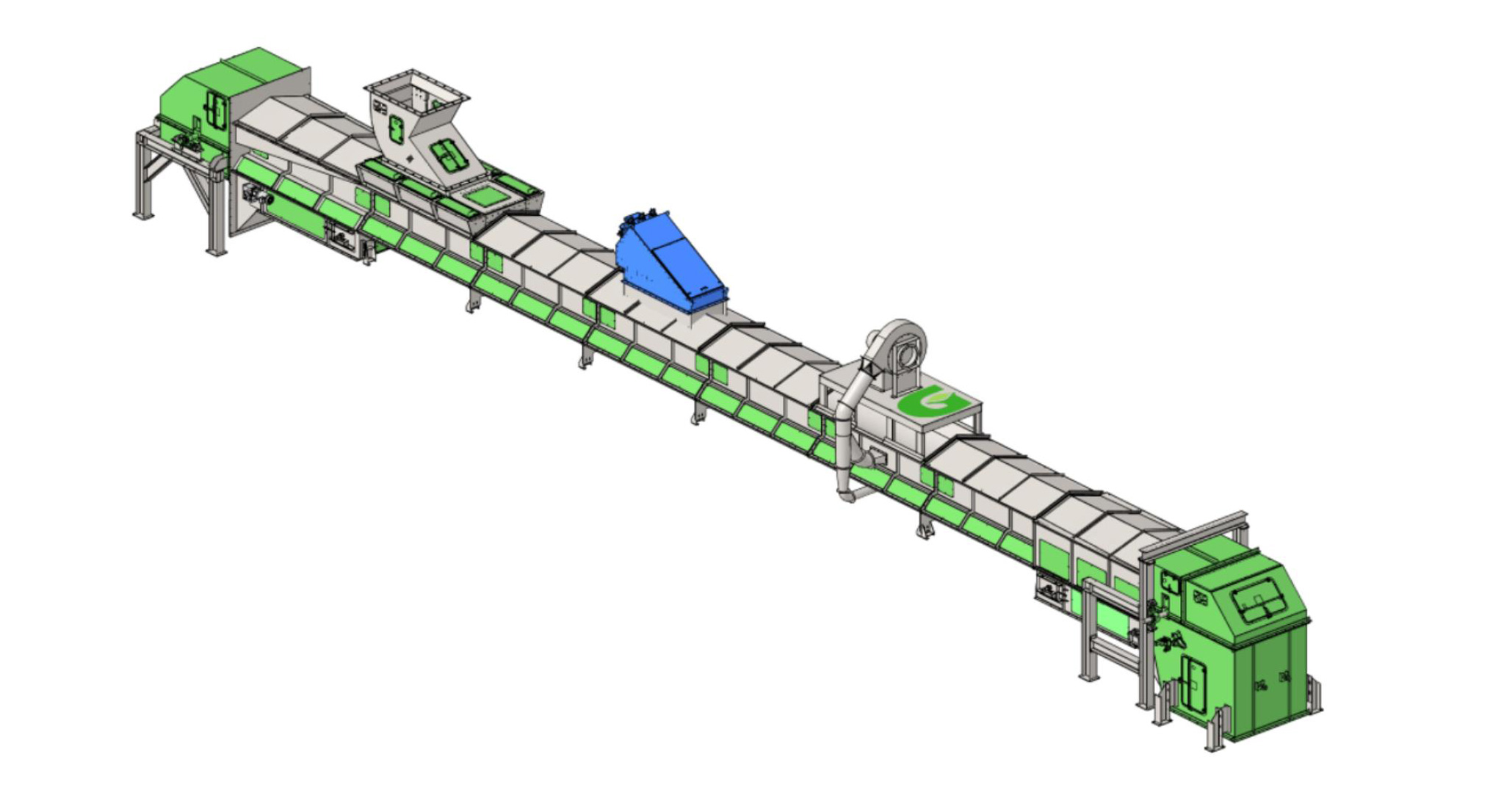 The Grisley ASC Box Plenum – Is specifically designed for new system installations. Our design provides a dust-tight and weather proof air supported system on both the carry and return sides of the belt that eliminates the use of traditional conveyor rollers and eliminates the maintenance associated with conventional roller-based conveyors. This system also eliminates the need for process air and baghouse systems. See our brochure for more in-depth performance capabilities of our Box Plenum.

Through its superior engineering our design has made a truly cost-effective air-supported conveyor a reality. The distinct advantage of the ASC is in its precisely-calibrated plenum design and air-tight fastening technique. Because of their benefits, the grain industry now looks to air-supported conveyors as a more efficient alternative to traditional conveying methods. And the Grisley ASC now makes that alternative cost-effective and reliable.

Grisley’s engineering solves many of the problems associated with conventional conveyors because it eliminates their source: mechanical friction. Using air instead of moving parts, its smoother operation makes the Grisley ASC a better conveyor precisely because it brings the costs of product loss, maintenance, and particle pollution under control.

A low horsepower fan forces air through a calibrated series of holes in a plenum. This thin film of air supports up to 200 pounds per square foot at high speeds with no mechanical friction. A single fan supports up to 600 feet of conveyor. This process creates a smooth and even cushion of air on which the conveyor belt glides with ease. Using this consistent airflow, the Grisley ASC’s belt floats effortlessly in the plenum.

The only true air-supported conveyor

Unlike other air-supported conveyors, whose inconsistent airflows create belt drag and load agitation, the Grisley ASC guarantees superior, consistent performance at a lower cost. The Grisley ASC is a sound investment because it takes the expense out of the conveying process.